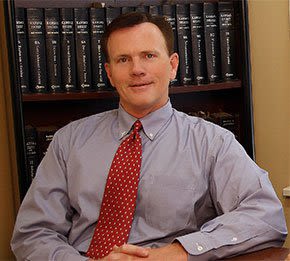 Brad Pearson has more than 30 years of experience in providing legal counsel, advocacy, and dispute resolution services, practicing in the areas of general business law and complex commercial and civil disputes. His areas of practice emphasis include construction law, technology and licensing law, comprehensive arbitration and alternative dispute resolution services, and counseling and advocacy on employment law matters.

Mr. Pearson's practice is dedicated to providing high quality but cost-effective legal services. He believes timely and experienced counsel on the drafting and negotiation of agreements is a key to avoiding many costly disputes. When conflicts do arise, Mr. Pearson encourages a careful assessment of risk, expense and likely outcomes, and an early resolution of disputes when this is consistent with the client's economic objectives. If litigation is necessary, he encourages a cost-conscious, results-oriented approach, always with a view towards successful and productive outcomes.

Mr. Pearson's alternative dispute resolution experience includes service on the Complex Commercial Panel of the American Arbitration Association; appointment to the American Arbitration Association Commercial Advisory Council for the Kansas City region; and service on the arbitration and mediation panel for the Mediation and Assessment  Program for the United States District Court for the Western District of Missouri.  Mr. Pearson has served as a neutral and advocate in hundreds of arbitrations and mediations.

Mr. Pearson's bar admissions include the Missouri Bar, 1986, the United States District Court for the Western District of Missouri, 1996; the United States District Court for the District of Kansas, 1999, and the Kansas Bar, 2006. He is a past Chair and Vice-Chair of the Computer Law Committee of the Kansas City, Missouri Metropolitan Bar Association, and has served on numerous community, civic, and charitable boards and associations.